Whatever it Takes to Bring Baby

You know those high maintenance, useless, prissy, yappy "dogs" that rich chicks carry around in their Luis Vuitton hand bags?  It's like ... Can that "dog" not walk? Is there a reason it's wearing an alpaca wool sweater that is more expensive than mine when it has a full natural coat of fur? Don't you just want to punch the person carrying said "dog" in the face? Yeah, so do we. That's why we are so confused by everything we have done over the past five months. Look at what we've done to Baby... we mean River ... 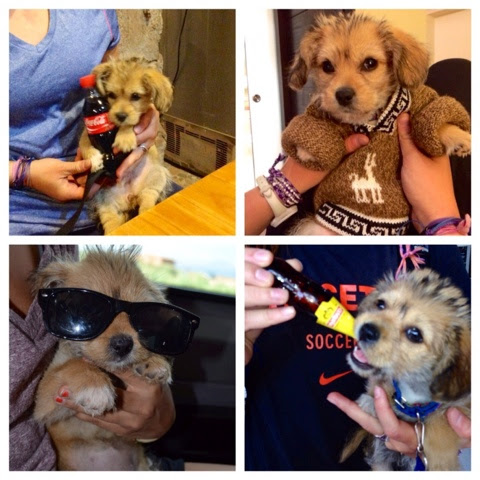 No that's not us using a mini coke bottle as a prop for River's impromptu photo shoot. That's also not River in a genuine Peruvian alpaca wool sweater (thanks for the gift, Andrew). No we didn't put sunglasses on River to protect her from the sun in the Atacama desert. And that's definitely not River posing with a mini beer (though if she's going to underage drink, we'd prefer she did it at home). 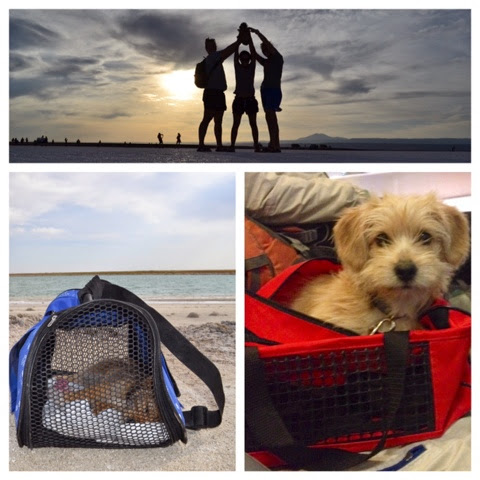 Wait, no, this couldn't be a second collage of photos. Who are those three idiots holding their small, high maintenance dog as if to reenact the Lion King with their princess as Simba? On the left it definitely isn't River taking a nap during a tour of the Atacama desert.. Who can't leave their dog behind for four hours while they take a tour? And no we didn't purchase a new, red carrying case to compliment River's new summer look. But River's so much cooler than those other dogs, right? It's hard when you are that person you want to punch in the face. Whatever, we are embracing our new, girly selves in the hopes that maybe it will bring in the boys.
Now that you've seen a montage of River in the Northern Chilean Atacama Desert, here are some photos of actual humans (sorry, Baby, cover your eyes (YES RIVER CAN READ THIS BLOG, LEAVE US ALONE)). 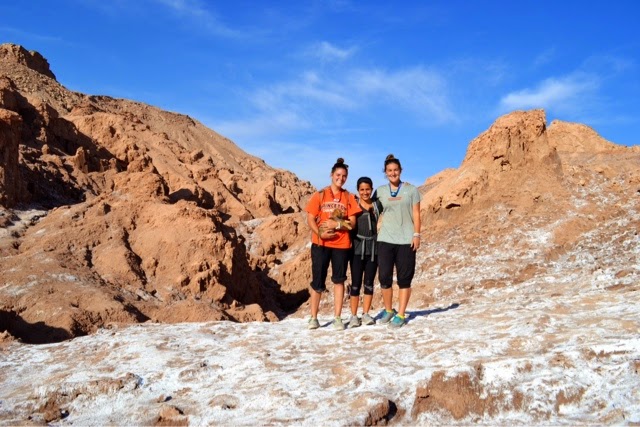 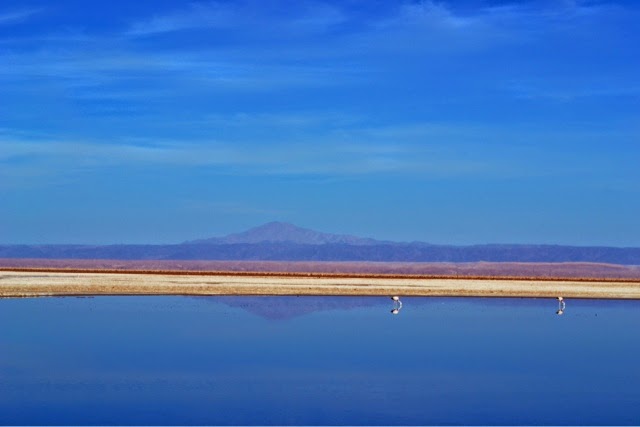 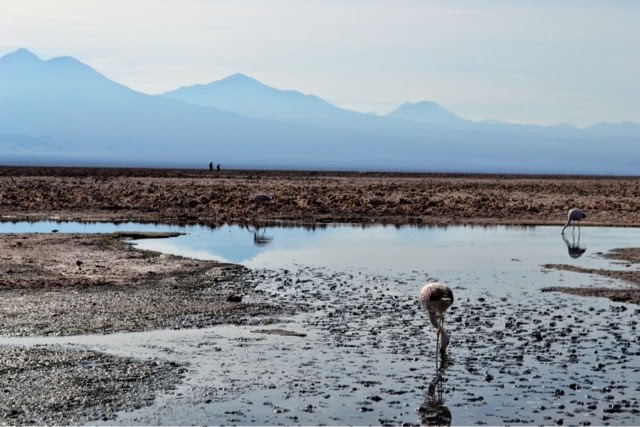 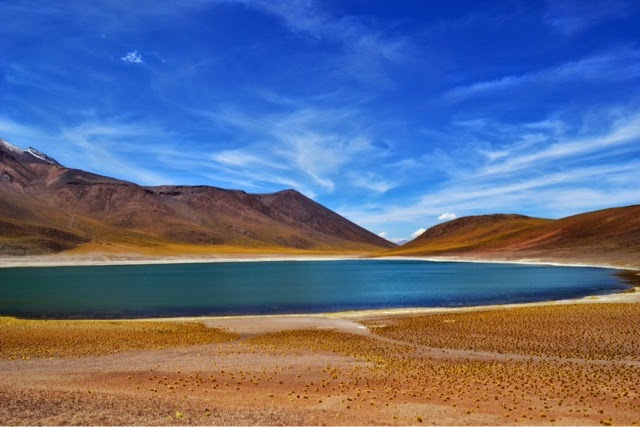 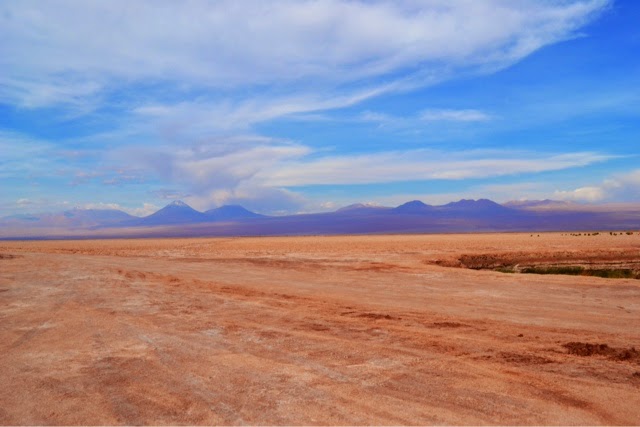 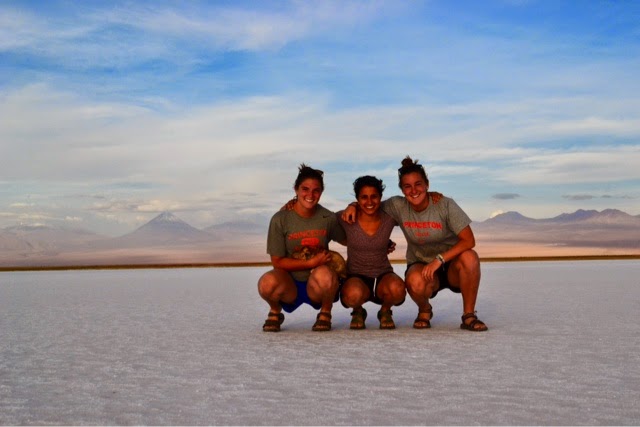 From the Atacama Desert, we made our way south to Valparaiso. Cool, colorful city, that Valpo. Since some of you might actually be interested in the very cool cities we've visited and not our dog, River, we should mention it reminded us a lot of San Francisco. Valpo has some awesome street art and a very creative vibe. Best of all, we found Chichi's long lost cousin, Marvįn. 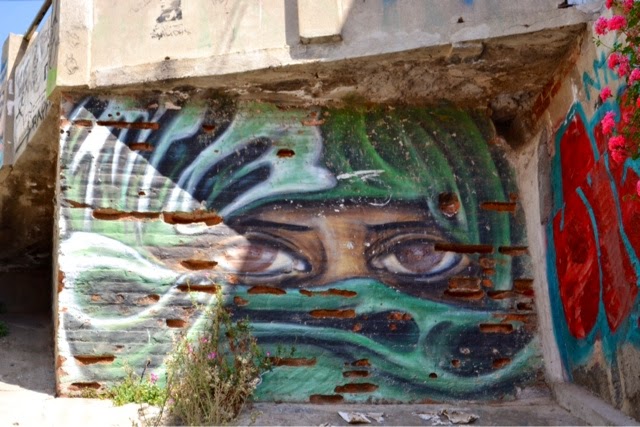 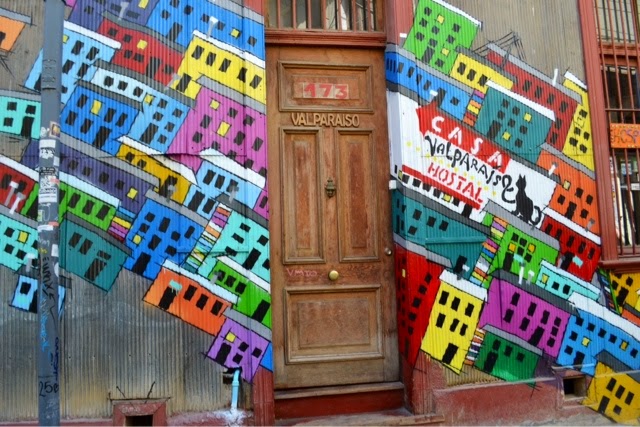 After Valpo, we continued south to Pucon where we had our short, two month stint as farmers. While we embraced the simple life, the simple life stabbed Cheech in the head. That's pretty much all we have for those two months. 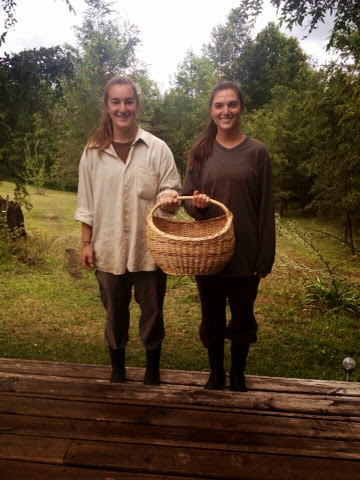 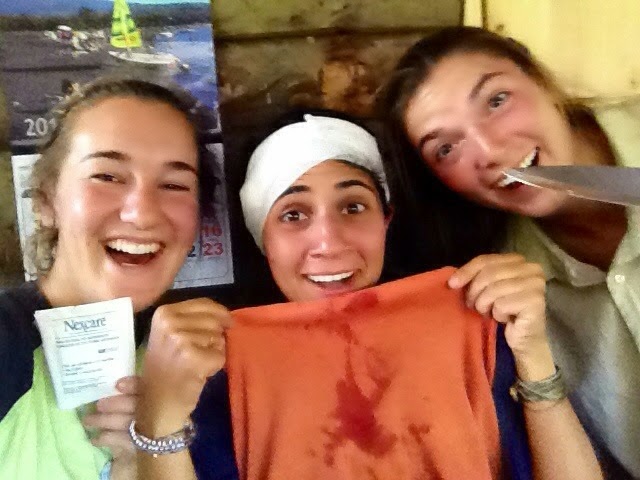 Just to avoid any confusion... Claire did NOT stab Cheech with a butcher knife. Cheech actually inadvertently stabbed herself while washing dishes.
Our next stop was Patagonia, the most southern part of Chile and Argentina. During our nine day trek through Torres del Paine National Park, we learned a few important things: 1) it doesn't take long to smell awful, 2) take time to think about what your trekking outfit will look like on camera. You might just be left looking back at pictures of yourself thinking you look like a complete idiot in one of the most beautiful places in the world, 3) oatmeal with m&ms is incredible, 4) walking poles will save your life, 5) when they tell you it's rustic and you can't shower, they're lying. They're just gross, 6) mice can chew through tents... And climb trees... And probably untie your bag, boil some water, and make dinner. Ratatouille was not an animated movie it was a documentary based on the mice at Torres del Paine, and most importantly, 7) you can drink glacier water straight from the stream. It's seriously so cool.
Day 1 - the beginning 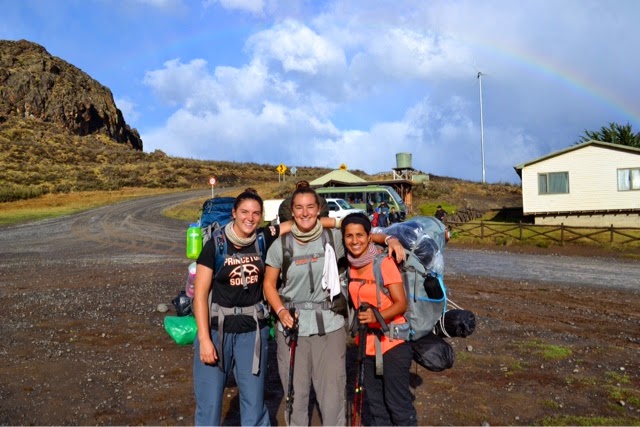 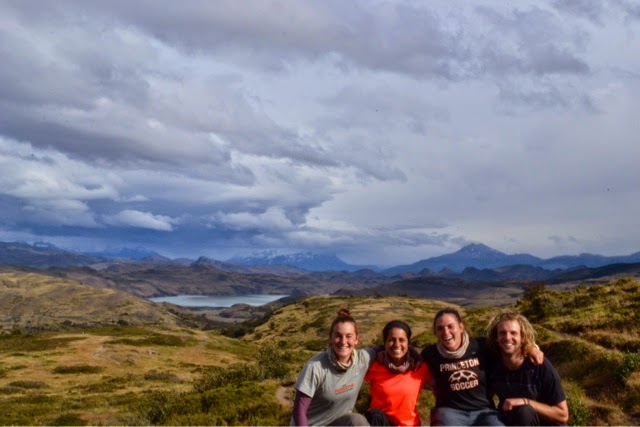 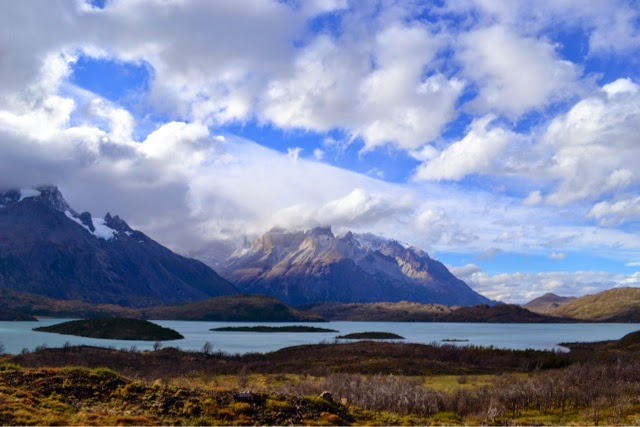 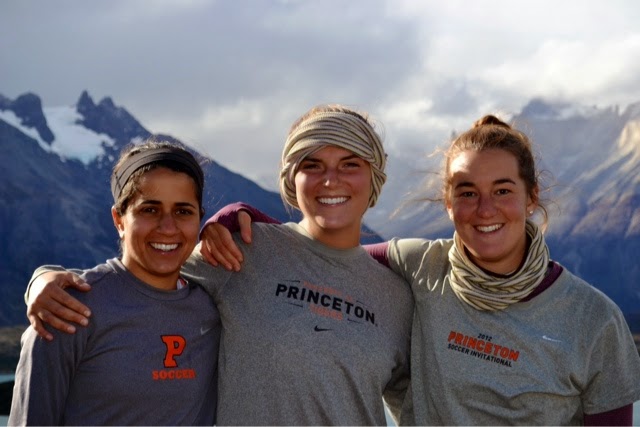 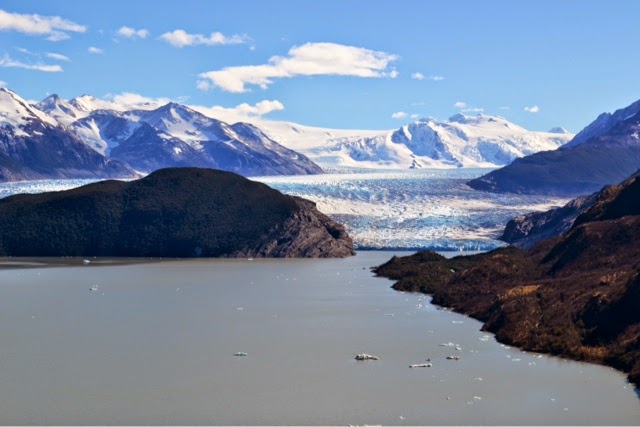 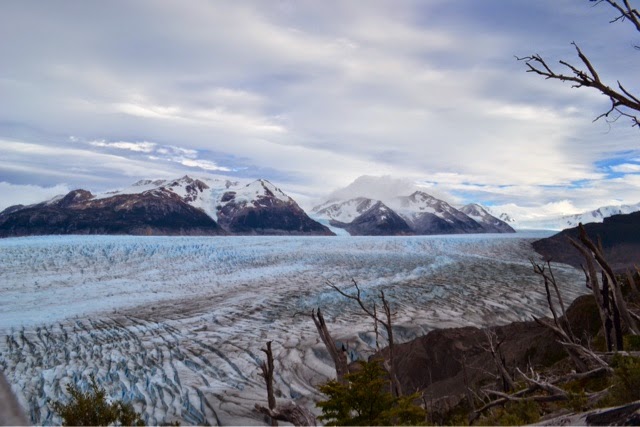 Day 6 - Cheech and Claire being rustic and stuff 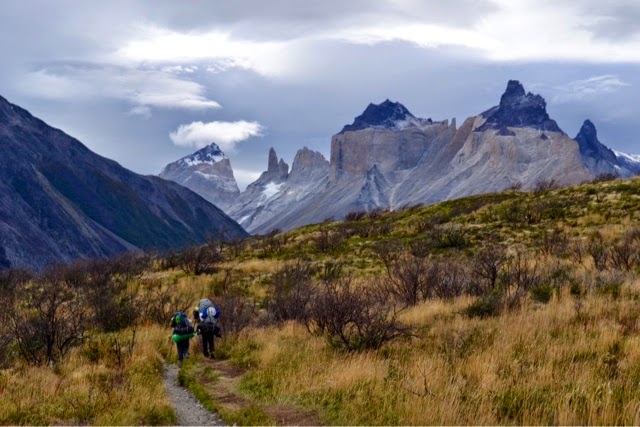 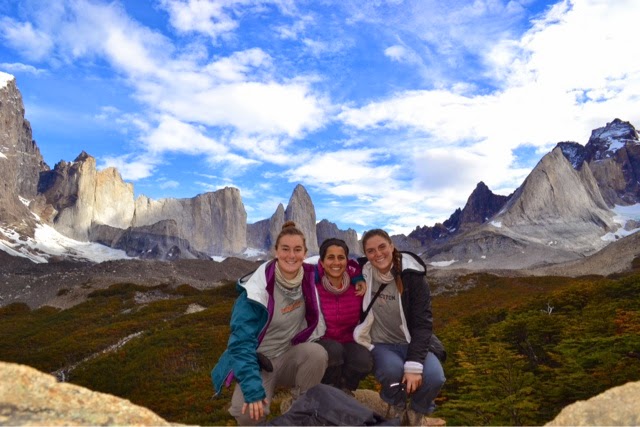 Day 8 - Lago Nordenshmaggejke... Something Scandanavian. But that's a real reflection just in case you were questioning our authenticity 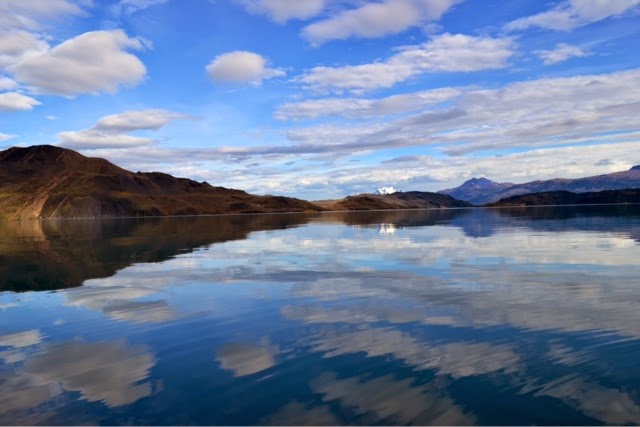 Day 9 - Sunrise at the Torres 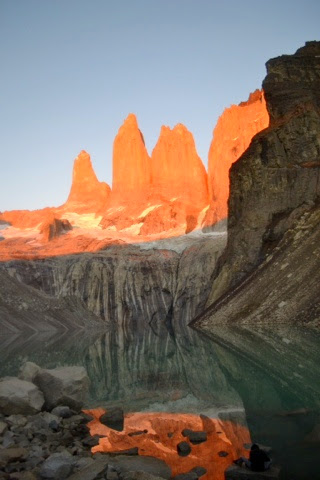 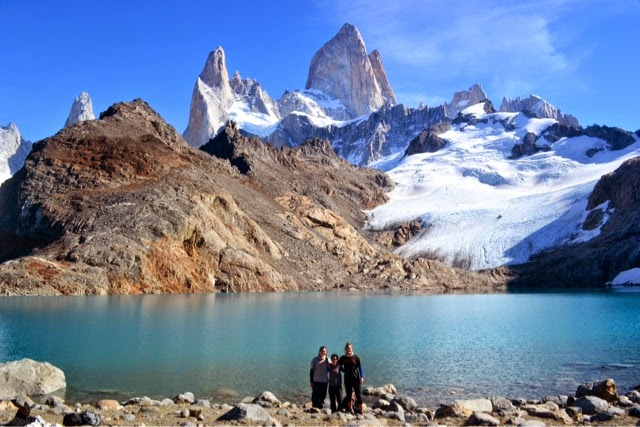 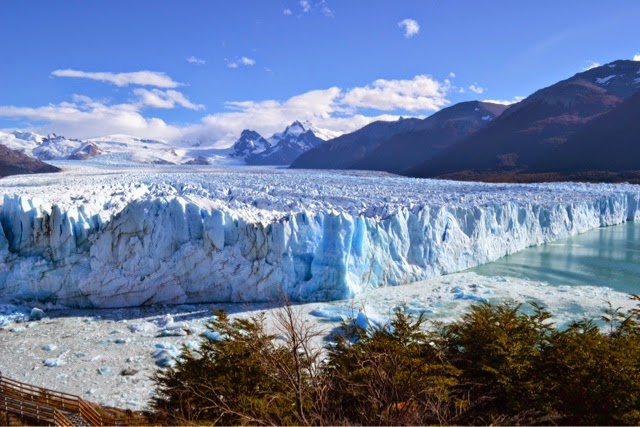 For those of you who are still with us, and made it through this long and probably boring blog post, we appreciate you. As a token of our appreciation, we leave you with the image of Alison biking through the Atacama Desert with River in a baby carrier. Doesn't get much more ridiculous than that. K, off to go punch ourselves in the face for the hypocritical dog owners we have become. 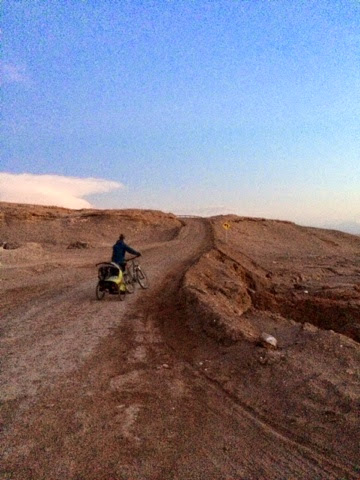 Posted by Alison Nabatoff at 8:18 PM